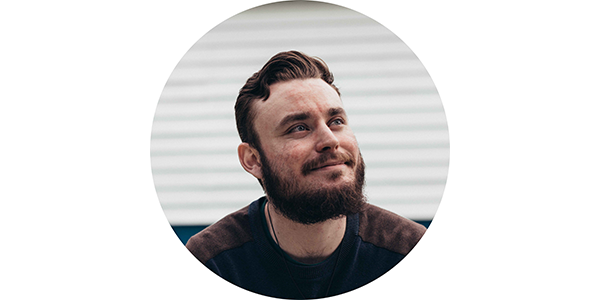 Jordan is 20, from Waiuku and studied Hospitality at NZMA Sylvia Park.

What did you study at NZMA Sylvia Park?

When I first started I did Level 3 Hospitality, basic cocktail making and a basic barista qualification. Then in the second half of the year I did Level 4 Hospo for the Liquor Controller Qualification (LQC).

What did you want to become when you finished up at NZMA?

A bartender. I’ve been to every club in Auckland I think, but I was like, I’ve got nothing else I want to do, why not work in an environment that I like.

What were you doing before you came to NZMA?

I moved up from Waiuku, which was a big step. I knew I had to get out of a rural town if I wanted to make something of myself. I don’t mind living in rural areas, but I was doing nothing, I was on the dole, I was like, I’m young, why am I doing nothing every day? So I came to the city to start studying at NZMA. I tried to get a job working in a factory, but decided to give NZMA a try.

How did you hear about NZMA?

When I moved here, my sister was studying at NZMA. She did Level 3 and 4 Hospitality, and I thought OK, I could do that too. My sister jumped to a different pathway completely. She was working at Nandos, and then she went on to Barfoot & Thompson.

How did you feel after starting at NZMA?

Different. Really different. Just a vibe that everyone gave off. Because when you come from Waiuku, you know who everyone is, personality wise. Then you come into NZMA on the first day, It was people from all these different suburbs, GI, Pakuranga, Panmure. Finally I was meeting people from different areas.

Were you anxious about getting your photo taken for the NZMA ad campaign?

Very. I never thought I was a photogenic person.

How did it feel being part of the campaign?

I first started seeing it on Instagram. I was like oh OK, I’m getting out there. Then I saw myself on posters at Sylvia Park. I was with some friends who were like ‘look, look it’s you bro’. Then I had a friend who was walking through Queen Street. There were a bunch of posters, with four or five consecutive pictures of me.

What are some of the best skills NZMA has taught you?

Confidence is the big one. I’ve always been a confident person, but not so much to just serve someone and immediately build a relationship. If I was to have the jobs I have now without having that confidence, I would only be doing my job and nothing more with the people I’m serving. Without being confident doing what I love, I’m never going to do more. Not only for myself but for places that I work at and my career. I guess it’s helped me flourish.

What would you say about your tutors?

They were awesome. They really help you become more aware of why they think you look good when you do this thing, like pouring drinks or conversing with people, even walking through the door. They’ll say you look great when you do this. They’re straight up, they say you do this well, but they can tell you’re not confident when you do this, so here’s a better way to do it.

What would you say makes NZMA different from other educational providers?

The people. I’ve never studied at university, but I know from friends that the lecturers will basically talk to you like they’re talking to a brick wall. And I’ve heard most of them don’t show any emotion. But at NZMA your tutors become your friends. For the first few months you think, okay they’re my tutor so I have to respect them like my teacher. But after that you build that relationship with them, and a 30-40 year old guy becomes your friend. From them being a mature adult, they come down to your level and they just give off the same vibe.

Has NZMA helped you on your way to finding work?

I’m actually working three jobs. Working four days at Metro, a bar and restaurant out in Panmure. Then I also work at Caluzzi Cabaret and as a bartender at G.A.Y. My work at Caluzzi led to my other two jobs.

Would you recommend NZMA to a friend?

100%. I’m not familiar with all of the faculties, but hospitality is the way to go. If you want to do customer service, bartending, front of house, waiting, even if you’re not a people person, it will change you. You can be someone who doesn't have energy to talk to people, then you finish your first course and you’re already evolving. You don’t notice it, but your confidence boost becomes normalised. I think the tutors are awesome, best tutors I’ve had, best teachers I've ever had even. You don’t have to treat them like superiors, they’re just your friends, they teach you, you teach them. You converse and have fun.

Want to search and compare courses?